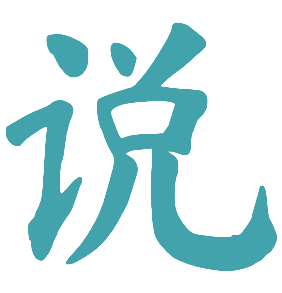 WHAT CHINA SAYS,
WHAT CHINA MEANS
AND WHAT THIS MEANS
FOR HUMAN RIGHTS

C hina’s official attitude towards and interpretation of human rights has shifted noticeably over the past decades, as has its status on the world stage. Involvement of individual Chinese political personalities in the protection of human rights internationally dates back to the creation of the United Nations itself and the Universal Declaration of Human Rights in 1948. However, more recently, China has increasingly challenged international human rights norms, most notably by opposing the universality of human rights as a vestige of “Western liberal thinking” or “Western values” and rejecting human rights as something that transcends national sovereignty and concerns the international community as a whole.

This glossary aims to explain what China says, what China means, the difference between the two and the risks this poses to human rights around the world. The glossary focuses on the export of “human rights with Chinese characteristics” into international documents. Though vaguely defined, phrases like these have become mantras in Beijing’s efforts to redefine human rights norms in favour of China’s priorities. The emphasis on state sovereignty, non-interference in internal affairs and economic development as a human right that supersedes all other rights are all things that threaten to weaken the international human rights system, as well as norms of transparency and accountability.

The glossary provides a timeline of China’s approach to human rights over the past 70 years since the creation of the United Nations, as well as 10 key phrases that present-day China wants to persuade the world to adopt with implications for human rights.

In 1945, China – then the Republic of China – was one of 50 countries to send representatives to San Francisco, where they proceeded to draft the UN Charter and helped pave the way for the creation of the United Nations as we now know it … something else

On the night of 3-4 June 1989, the Chinese military brought about a brutal and bloody end to nearly two months of peaceful protests that had seen tens of thousands gather in Beijing’s Tiananmen Square to demand political reform …

The Bangkok and Vienna Declarations

In March 1993, three months before the World Conference on Human Rights was due to begin in Vienna, representatives from 34 Asian countries met in the Thai capital Bangkok to finalize a statement on the region’s position on human rights …

With memories of the Tiananmen Square crackdown still fresh in people’s minds, China responded to growing pressure from the outside world by publishing its first white paper on human rights in 1991 …

In recent years, China has sought to extend its influence in a range of UN and other multilateral institutions. It was among the first countries to be elected for a three-year term at the newly created UN Human Rights Council in 2006 and was subsequently re-elected for the terms beginning in 2010, 2014, 2017 and 2021.

China’s efforts to reshape the world order have gathered pace since Xi Jinping became president of China in 2013. Xi’s flagship foreign policy enterprise – the Belt and Road Initiative (BRI) – is a powerful example of Beijing’s long-term goal to boost its own standing in the world.

“Non-interference in the internal affairs of states”